Classics are often referred to as the piece of literary works that could narrate their stories across generations. The classics, though written in any part of the world or representing any particular society are acknowledged throughout the globe for their relevance and other qualities. Every book has a mesmerizing tale for every reader who has a taste of his own. So, it becomes really difficult to mention only five to suit one’s life or taste. Yet, here are the top 5 classics that every literature lover must read to quench (or begin) their thirst for books!

The Pulitzer Prize-winning novel is considered an all-time classic of American Literature. The novel is renowned for its warmth and humor despite depicting the issues of racial injustice and rape. The plot is set in the times of Great Depression (1933-35) in the fictional town of Maycomb, Alabama. It revolves around a six-year-old girl, Jean Louis Finch (Scout), who lives with her elder brother Jeremy (Jem) and her widowed father Atticus Finch.

The novel was first published in 1925 and is a contender for the title “Great American Novel”. The Modern Library editorial board voted it the 20th Century Best American Novel and second best in the English Language. The story is set in the fictional towns of East and West Egg of prosperous Long Islands of 1922. The Great Gatsby provides a critical social history of America in the 20th century, an era of profound economic prosperity, criminal activities, modern communication devices and Jazz Music! 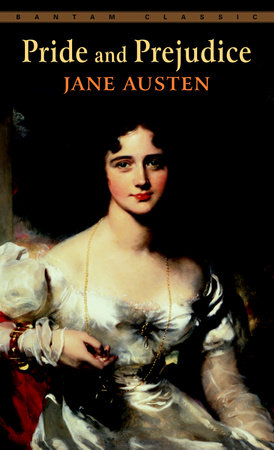 It is one of the most loved novels of English Literature among both literary scholars and the general public. First published in 1813, the book has been adapted over a century for professional and amateur dramatics, print continuations and Film and TV versions. Pride and Prejudice is a romantic novel which revolves around the plot of societal pressure for finding a good (wealthy) match and marriage as an instrument of status and prosperity. Eventually, with the advancements in the story, it advocates the importance of love and not wealth for marriage. The book is widely regarded as a pinnacle of Realist Fiction and was voted as “Greatest Book Ever Written” by the Times poll in 2007. It was published in serial installments from 1873 to 1877 in periodical ‘The Russian Messenger’. The story explores a diverse range of issues regarding the feudal system, politics, religion, morality and gender inequality. Anna Karenina begins with the most often quoted line-

“Happy Families are all alike; every unhappy family is unhappy in its own way.”

Jane Eyre was first published in 1847 under the pen name “Currer Bell”. The novel contains the elements of social criticism with a strong core of Christian Morality. It also explores the domains of sexuality, classism, religion and proto-feminism. The events are depicted with a heightened intensity that previously used to be the domain of poetry, thus revolutionizing the art of writing fiction.

The above-mentioned books are considered as greatest classics in the history of literature. There are many more that have impacted the world and the choice for top 5 may vary from person to person.Yet, these books are the reminiscence of the struggle the world has gone through. The books make us delve into the past, whilst teaching us lessons for a better tomorrow.

Pre-order your copy now before the launch date (30 April).

Dance in the Rain